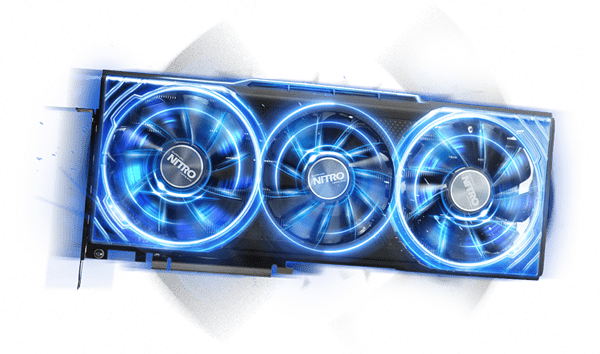 What sets gaming PCs apart from common work PCs, is that, in additional to having higher specs for almost every part, they have a dedicated graphics cards. A gaming system generally cannot get by on anything less, as integrated graphics simply lack the raw processing power to handle the graphical demands of modern games.

Also known as video cards, or GPUs (Graphics Processing Units), graphics cards represent the most notable expense incurred by gamers.  The high cost of graphics cards is reflective of a niche market reserved for gamers on the one hand and visual creative professionals on the other.

Gamers will find that they get the most bang for their buck when upgrading their video card once every year or two, compared to other PC components.

As a decades-long gamer, I have never remembered a time when I was limited by anything other than my graphics capacity. I usually bought mid to high end CPUs, and middling to high RAM, and I would not need to be bothered with an upgrade again for 3 years.  However, buying a middling GPU, I would find a yearly or bi-yearly upgrade would be necessary to put my computer within range of the latest Triple A games.

I tended to not buy top-end graphics cards, because the costs didn’t scale as well, and the performance edge wouldn’t last for very long. But if you have access to the funds, and consider yourself to be a serious gamer, then you may decide it is worth it in luxury terms.  Unlike many of you who entered the workforce early, I was a comparatively poor career student.

Some consumer guides have it that 20-30% of a gamer’s budget should be reserved for the video card alone. I’m going to suggest that recommendation falls on the light side, particularly in today’s market.

(The RX580 operates at about 16% faster than RX570. As of 2015, 4Gb of VRAM gets you quite far. It’s been suggested that the main reason you would need more VRAM is if you wanted to switch on anti-aliasing.)

More recently, the costs of graphics cards have been blown out of all proportion due to the bitcoin mining boom.  As costs subside, the time will again become ripe for many to consider a video card upgrade for their beloved gaming rig.  2017 was truly an abysmal year insofar as graphics prices were concerned, with shortages in supply being most indicative.  We should be thankful the worst has blown over.

Buyers will find themselves face-to-face with a familiar perennial choice.  There are and have only ever, in recency, been only two major chip designers – Nvidia and AMD, which are packaged differently by a few different board manufacturers including Sapphire, Gigabyte, MSI and ASUS.  The 1980s and 1990s saw a plethora of chip designers trading in 2- and 3-D graphics cards, but only AMD and Nvidia have survived the technological culling that is a economic function of increasingly complex technology.  We’ll get to the question of which is better in a bit.

AMD’s principal Radeon line of card is often compared to Nvidia’s principal GeForce line. Here is a guide to the model numbering system used by both major competitors.  And here, another.

In purely financial terms, AMD is the weaker-performing stock of the two, as this 2017 Investopedia article says.  A general sense of ongoing struggle and foreboding pervades many accounts of AMD’s market position.  It is noteable that Nvidia limits itself to GPUs whereas AMD is more generally a manufacturer of processors, and competes on the one hand against Nvidia in the GPU sector, and on the other against Intel in the CPU sector.  That does make AMD more admirable as a company in its versatility and capacity to take on two giants on two separate accounts. But its split focus has also been identified as a potential competitive liability.

I would look to this 2018 authoritative article on equivalencies between different models and across the two brands.

Choosing between AMD versus Nvidia

For guidelines on best choice, the people at GamingScan put together this short sweeping guide to your 2018 options.  GamingScan describes Nvidia as “dominant” in higher tiers, as AMD loses in the value-for-money department in the high tier, and then loses entirely in the elite 4K tier where it lacks options altogether.  In mid tiers, AMD and Nvidia both present viable options, while in lower tiers, AMD is thought to have a price-to-performance ratio lead.  Here is another 2018 highly ranked article by GamingScan which looks at AMD and Nvidia head-to-head.  Note that they don’t outright say that AMD is better, although that is what “leet” gamers may take away from their message, since they only care about elite tier GPUs, where Nvidia is dominant.  In a nutshell, this excerpted table says it all:

Myself, I’ve simply always used Nvidia – probably thanks to their branding and familiarity – and contentedly so because I know they can’t be much worse than AMD, if not equal to the task or better.  By all accounts, both are honestly solid brands and I don’t trouble myself over academic differences to the extent that some other hardcore gamers do.  That’s not to say I don’t believe in being an informed and proactive consumer – far from it.  But in truth, the chances are you’ll never know what difference it made anyway and you can rest happy with the decision you reached on even cursory research. Even if it was the wrong decision, it won’t have made a huge difference. For most gamers, all that matters is that “I can run the games I want to play, fluidly”.

The practice of Multi-card scaling describes the linking of multiple cards for scaling advantage, by using the PCIe bus on the motherboard, or, more commonly, a data bridge.  It is known that running two middling graphics cards in tandem can output greater performance for less cost than a single high end graphics card.  Find a good article here which debates the matter.

It turns out that the marginal advantage of running linked graphics cards is offset by the extra power consumption, noise and heat generation, the less-than-universal out-of-the-box support by games, and stuttering artifacts that are most irksome at lower frame rates.  The author of the afore cited article doesn’t believe the tradeoffs favour the $50 savings and would rather pay more for a single high-end card.

A key deciding factor in whether multi-card rigs are worth it for you is the degree to which you are a technophile and prepared to get technically involved under the hood.  A lot of elaborate rigs are the pride of their owners, and much of the satisfaction they get out of such a mean-looking rig derives from the performance increments that they reap from their technical initiative.  This then should be the deciding factor for many people – are you doing it because you are passionate about technology?  Or are you more of a pragmatist like me?

Myself – I tend to agree with the author, I would rather spend what little free time I have time playing games than fiddling with hardware.  But that is because I’m already intellectually-exhausted by my foray into such things as molecular biology and the coding that is incidental to my running of this store website.  Whereas, a person with a non-cerebral day job might very much appreciate the intellectual outlet.

Another way to milk more performance out of your graphics card is to overclock.  Overclocking carries a negative connotation in the erosion of manufacturer warranty, but is increasingly more mainstream and considered more accessible and safe than previously.  Nonetheless, it always carries a risk of irreversibly damaging your hardware, so it is must be a calculated gamble where you lack veteran certainty. Note we do offer overclocking services when you purchase your custom-build PC from us.

In order to overclock your GPU, you will require the aid of proprietary overclocking software.  Here’s a shallow but nevertheless informative and digestible guide on the basics of GPU overclocking. This article also covers the basics.

With all this overclocking, you will need to step back and reassess your thermal situation.  Here is a timely guide to liquid cooling. You can find some liquid cooling solutions here in our very store.

The Author of this article is a passionate PC gamer and the manager of this store. Check out our GPU range, or request one that isn’t listed.

For large/heavy/fragile or low-stock wares, please EMAIL or CALL us to confirm shipping cost BEFORE you pay, 9am - 10pm. Please be patient with deliveries as COVID-19 may cause delays outside of our control. By using our website, you accept and consent to our use of cookies. Dismiss